Home / Activities / Voting, Politics, and the Church: A Message from Dean Thomason 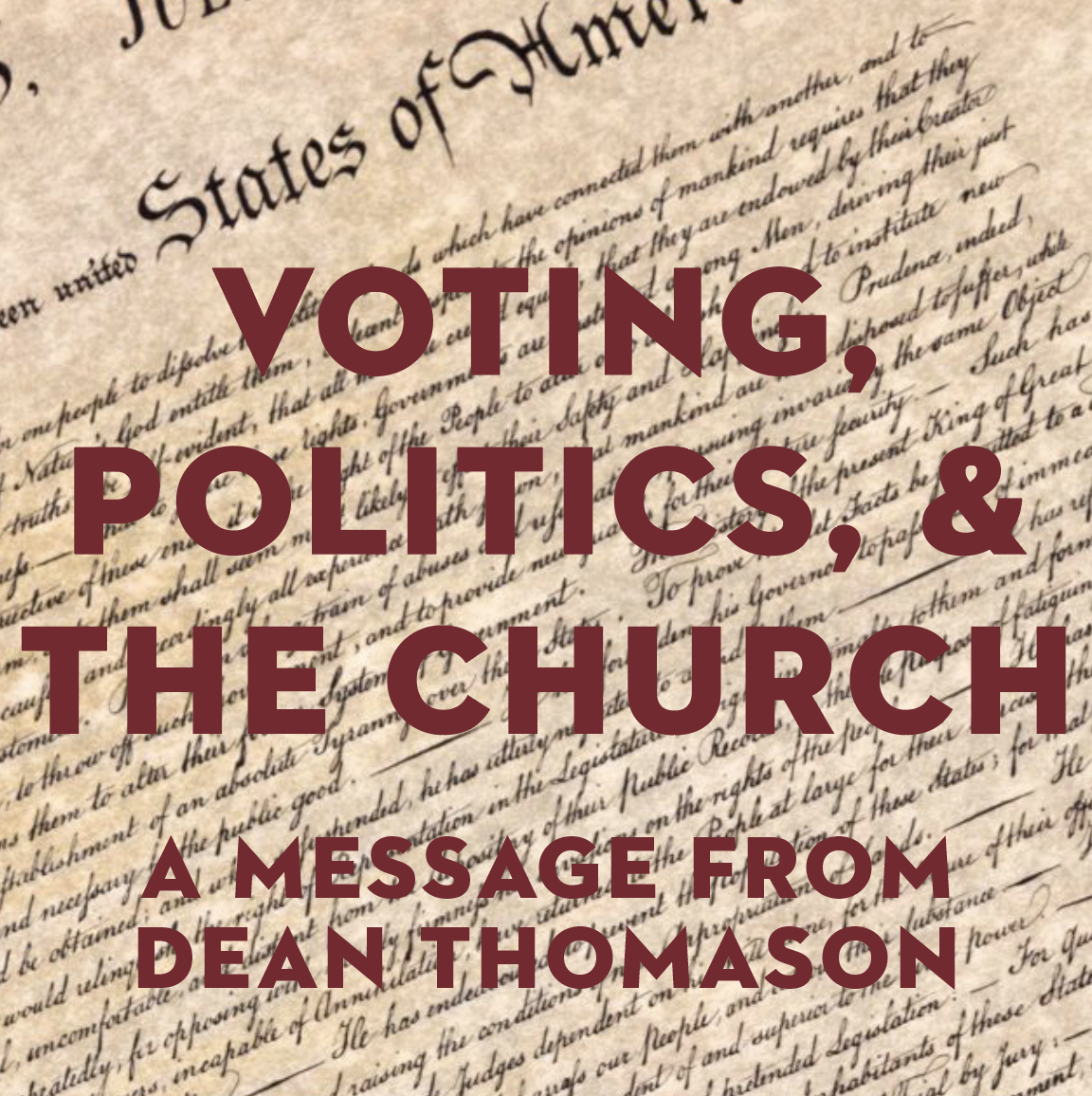 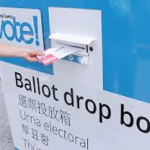 This Friday, October 16th, marks the opening day in this state for early voting in the November 3rd general election. As I consider my own ballot, I find myself prayerfully mindful of the right and privilege I have as a voting citizen in this nation. Not everyone is afforded the right, restrained either by law or by impediments of disenfranchisement or disinterest.

I am especially mindful of our nation in these turbulent days and prayerful for a peaceful election. I bid your prayers, too, that we may be given grace to be guided “by the better angels of our nature,” as Abraham Lincoln famously wrote in his first inaugural address, as the vituperations launched toward one another reached a boiling point. “Though passion may have strained, it must not break the bonds of our affection,” he said.

Many have offered spiritual counsel in recent weeks—good counsel—on ways to navigate this difficult stretch of days. I commend them to you here once more—

...to name just a few. The common theme is perspective and grounding. As people of faith, we know such perspective and grounding are forged in the contemplative spirit of prayer and self-reflection, not the acrimonious energy oriented to the other. So I add my voice of entreaty to you: claim your spaces of contemplative quiet with intention in the coming days and weeks; turn off the cacophonous spin which feeds off worst-case hyperbole; turn into those spiritual practices that enable you to plant your whole self squarely with perspective and a firm grounding in the values you hold most dear. These values rise from our identity as God’s beloved. 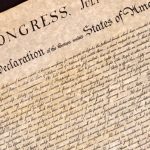 I often get questions, or challenges really—that the Church and its leaders should refrain from entering the political fracas. I appreciate their sentiment, which I take to mean we should avoid using the pulpit to make decidedly partisan pronouncements. They often cite “separation of church and state” as the prevailing reproach against such activity. A closer read of the founding documents of this nation, however, and additional clarifying statements made by those who wrote them, draws an important distinction between the need for a wall “separating church and state,” and some corollary premise to separate religion from politics. The latter is a fabrication not intended by the founders, and they made that very clear. They saw political and religious expression as inexorably linked and believed one’s values were derived from the intermingling of the two. [note 1]

A person’s religion informs his politics, or it’s not much of a religion. When Americans speak of freedom these days, I think we largely intend a freedom from obligation to anyone else. I am free to do and say whatever I want. Unmoored by a commitment to the common good, our nation teeters perilously close to the precipice of a chasm, lured over the edge by songs of hatred and fear and hubris—a house divided cannot stand.

Our faith-informed notion of freedom comes with an undeniable sense of servanthood. Christian freedom intends the fruits of the Spirit—love, joy, peace, patience, kindness, generosity, faithfulness, gentleness, and self-control—virtues that ultimately bear fruit when others experience them as gifts from you.It is dangerous to speak of politics and religion in the same conversation. I know it is. Such talk is fraught with chances to demand that we are right while others are wrong, or even worse, to claim hubristically that God is on our side. But it seems to me that we are living in a time when our religious virtues are desperately needed in the public discourse, and that is what we have to offer—not our claim of moral superiority, but our humble claim to Christ-like virtues offered to all as neighbors.

So vote, dear ones. Bless you in the act of voting. And may you be a blessing to all the families of the earth. I am,