Who's at the
CHECKPOINT? 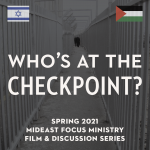 The Mideast Focus Ministry will sponsor its eighth series of films focused on the story of the Palestinian people - but with a difference this year. In response to the U.S. apartheid-like parallels to Palestine in our own country, we will spend some evenings linking to Black Lives Matter and the story of Indigenous people in America. We will focus on various people at "the Checkpoint" - some who work to help Palestinians, and some who do not.  Do join us in our, once again, virtual film series beginning February 19!

Different films have different restrictions on at-home viewing. To learn how to access each film, send a message to seattlemideastfocus@gmail.com. Then join each post-film discussion using this Zoom link.

UPCOMING EVENTS IN THIS SERIES 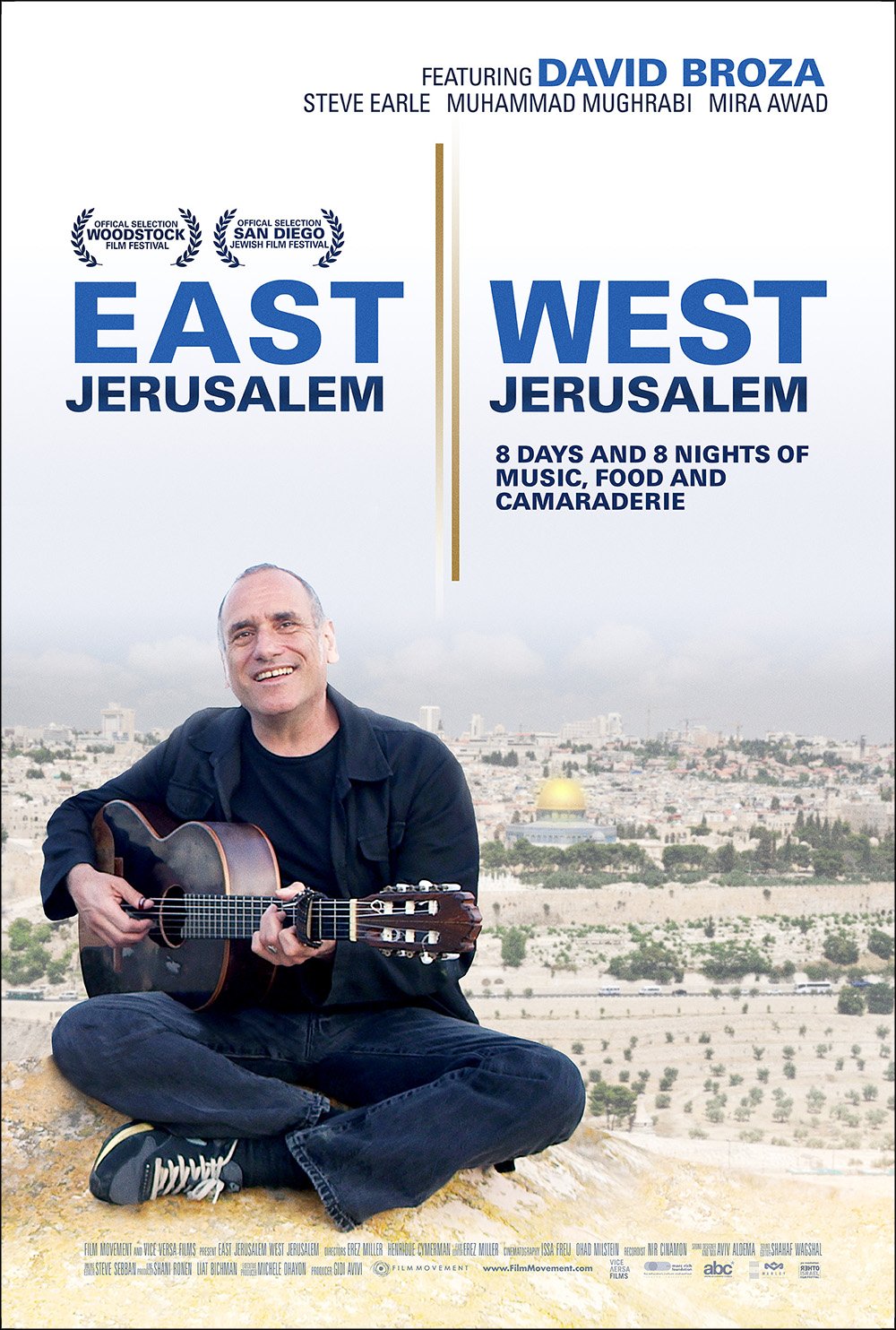 American, Israeli, and Palestinian musicians record a new album. And, in defiance of Israel's dark realities, start a new program for children living under occupation.

Israeli singer-songwriter David Broza sets out to realize his dream of cooperation and dialog between Israelis and Palestinians through music. During 8 days and nights of joint creation by his mixed Jewish and Muslim band in an East Jerusalem studio, a hopeful message of equality and unity arises. Featuring Steve Earle and Mira Awad.

We have limited and restricted access to this film. To get a link to watch the film at your convenience, send a message to seattlemideastfocus@gmail.com. You will get the link around 4 p.m. on Wednesday, March 3 and have until 8 p.m. on Friday, March 5, to watch the film. Watch the film on your own and join the discussion on February 19 at 8 p.m. using this Zoom link.

very special guest: David Broza, one of the musicians in the film, joining from Israel

THERE IS A FIELD

This film by local filmmaker Jen Marlowe, tells the story of a 17-year-old Palestinian peace activist, killed by the IDF. It is told through the lens of Black Lives Matter activists in the U.S.

In October 2000, a police officer shot and killed unarmed 17-year-old Asel Asleh. His story is tragically familiar for Americans, but Asel was not killed in Ferguson, New York City, Atlanta, or Minneapolis. Asel was a Palestinian teenager who was murdered by Israeli police as he participated in a demonstration, calling for an end to the Israeli occupation and settler-colonization.

Join together to watch the film simultaneously at 7 p.m. on Friday, March 19. Stay tuned for details. 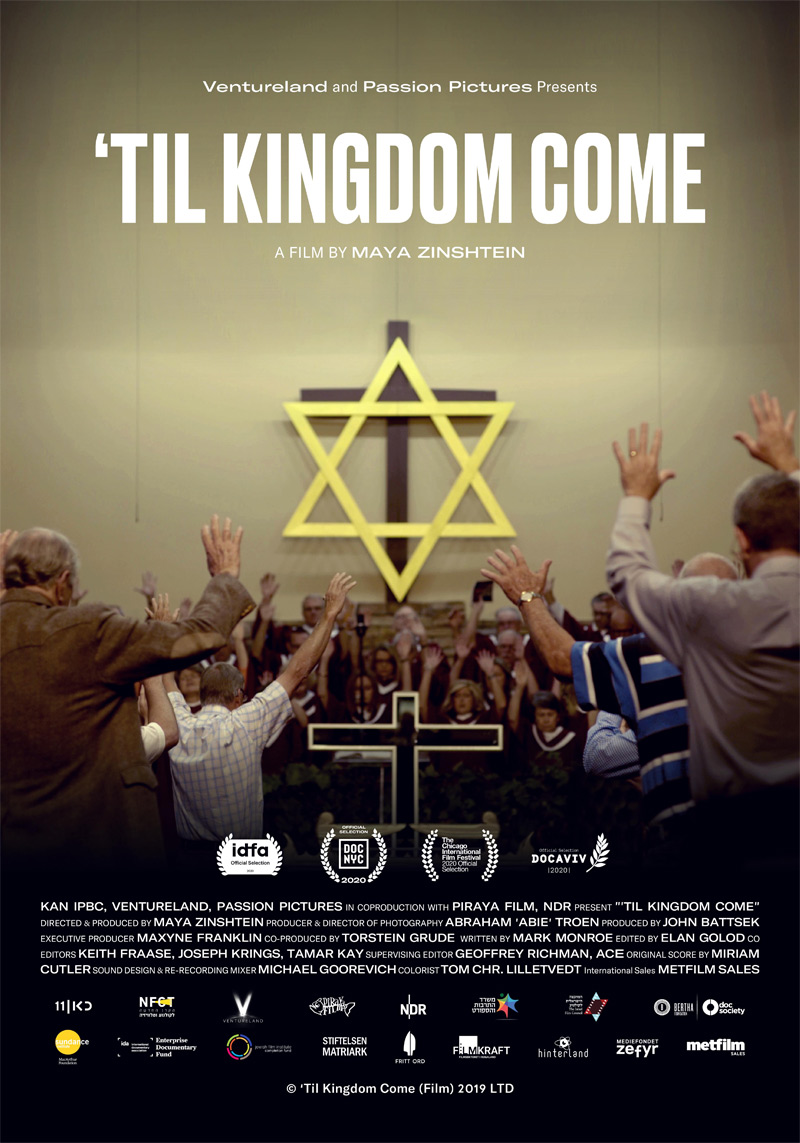 In this provocative look at strange political bedfellows, Israeli filmmaker Maya Zinshtein (Forever Pure, DOC NYC 2016) investigates the political alliance between American evangelicals and Israel’s right wing, and their influence on the Trump administration’s foreign policy. Why do American church leaders encourage parishioners to make donations to Israel, even from poor communities? Because they believe Israel’s expansion will play a key role in end-times prophecy, when Christians will be saved and others—including Jews—will perish.

Learn more here. Stay tuned for details about this screening. 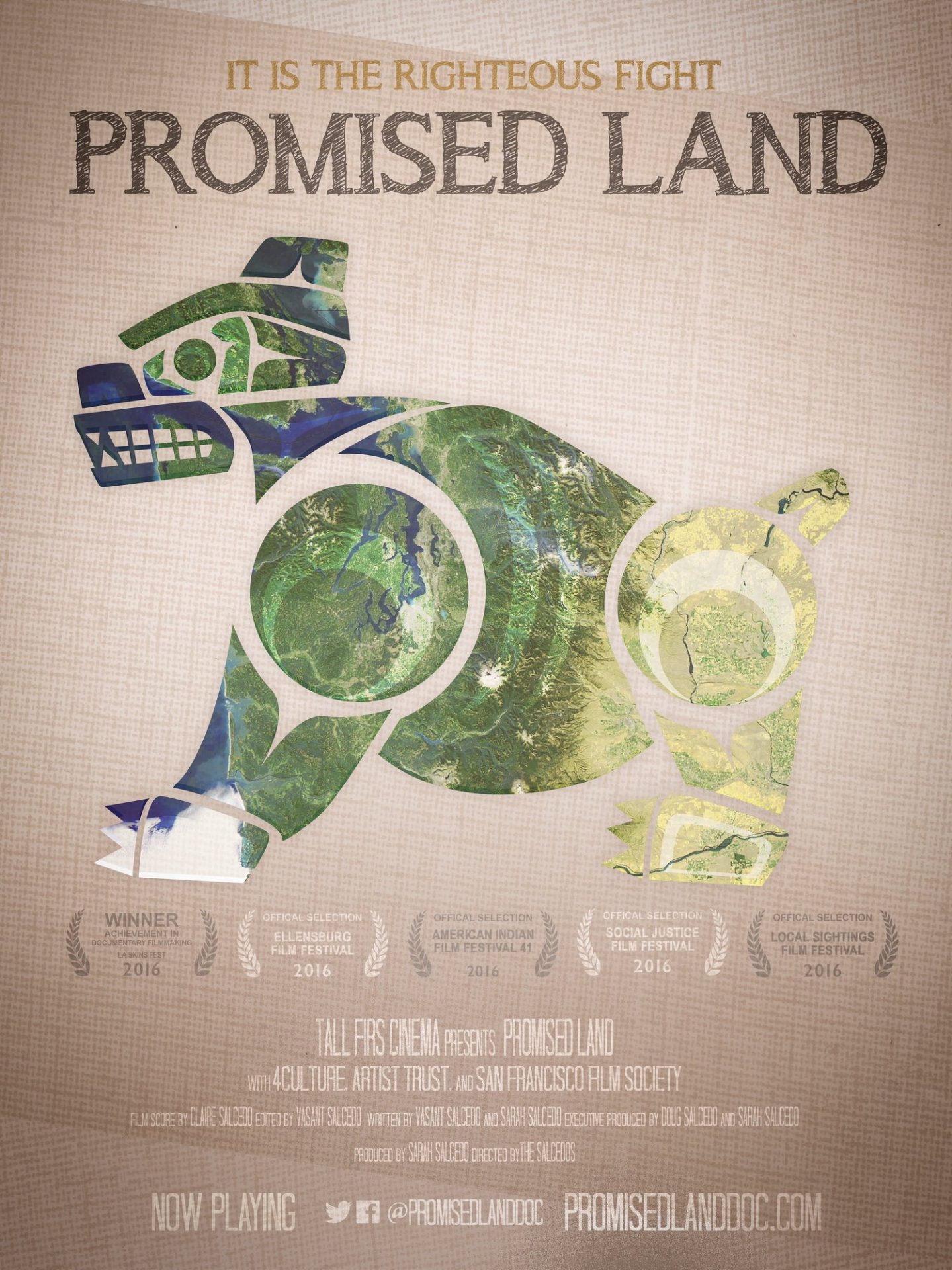 Promised Land is an award-winning social justice documentary that follows two tribes in the Pacific Northwest: the Duwamish and the Chinook, as they fight for the restoration of treaty rights they've long been denied. In following their story, the film examines a larger problem in the way that the government and society still looks at tribal sovereignty.

Learn more here. This film will be available to be viewed for 24 hours from the evening of Thursday April 22, to the discussion event at 8:30 p.m. on Friday, April 23. Register in advance and you will  receive an email on Thursday with the link to watch. Then join the discussion on Friday using the link above. 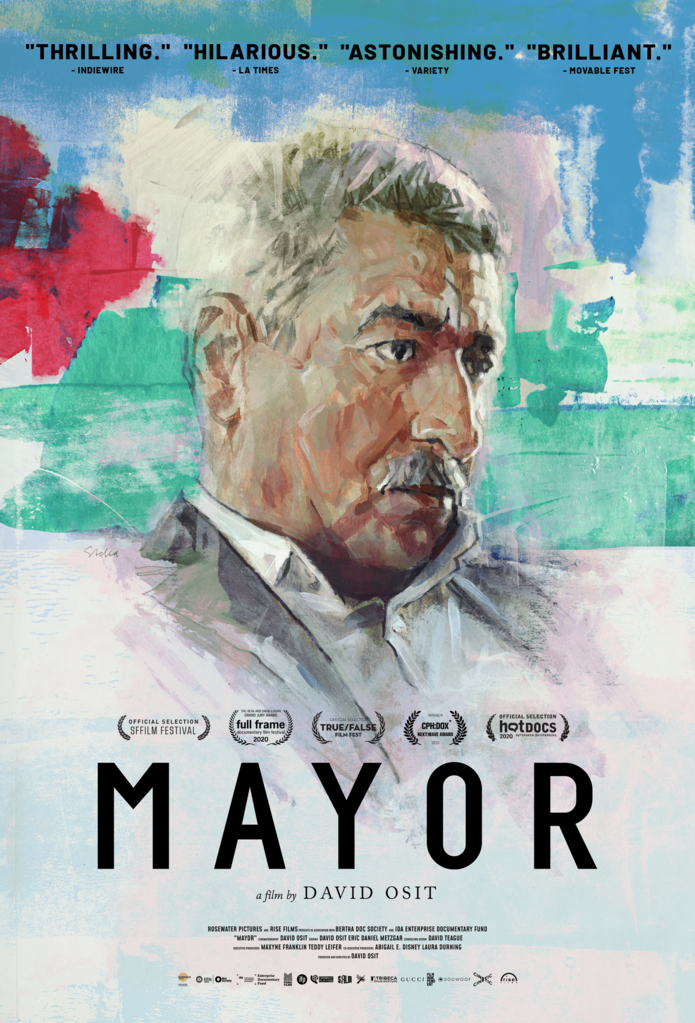 MAYOR follows Musa Hadid, the Christian mayor of Ramallah, during his second term in office. His immediate goals: repave the sidewalks, attract more tourism, and plan the city’s Christmas celebrations. His ultimate mission: to end the occupation of Palestine. Rich with detailed observation and humor, MAYOR offers a portrait of dignity amidst the madness and absurdity of endless occupation while posing a question: how do you run a city when you don’t have a country?

Learn more here. Stay tuned for details about this screening. 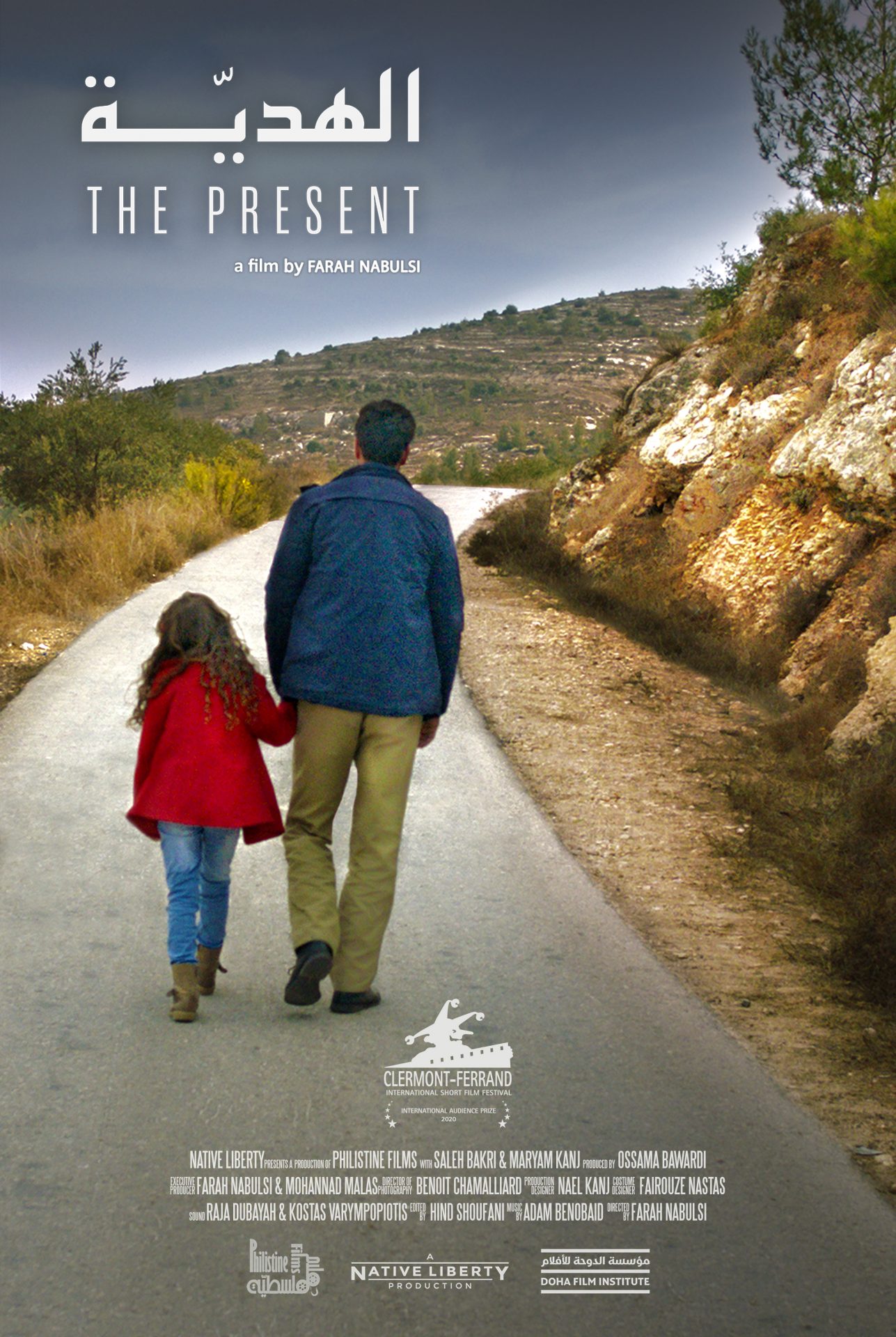 The MEFM is pleased to present the latest film by Fara Nabulsi, whose films were featured in last year's film series.

On his wedding anniversary, Yusef (Saleh Bakri) and his young daughter set out in the West Bank to buy his wife a gift. Between soldiers, segregated roads and checkpoints, how easy would it be to go shopping?

This short film will be paired a selection of other short films from If Americans Knew.

PREVIOUS EVENTS IN THIS SERIES

This film provides a fascinating look at the life and work of Jewish Israeli lawyer  Lea Tsemel who has represented Palestinian prisoners for nearly 50 years, in Israeli courts.

The film follows Jewish-Israeli human-rights lawyer Lea Tsemel as she navigates through the Israeli judicial system in defense of Palestinian political prisoners. The film includes archival footage of past cases Tsemel was involved in over a five-decade long career; interviews with Tsemel and her family members, including her husband, Michel Warschawski and their daughter and son, as well as interns and associates at Tsemel's law firm; and closely follows two contemporary cases represented by Tsemel and her co-counsel, Tareq Barghout.

very special guest: Lea Tsemel, the subject of the film!

In February of 2020, the Mideast Focus Film Series launched as planned with a reception, screening, and discussion of Tel Aviv on Fire. Of course, plans then changed. The remainder of the films were presented as online screenings followed by virtual conversations over Zoom. These virtual events were a great success.

More about the series:

Mideast Focus Ministry Mission:
This ministry works through prayer, education and action with Saint Mark’s and the greater Seattle community, to educate and promote understanding about the struggle for peace and justice in the Holy Land.

Mideast Focus Film Series Goal:
Our concern is to help balance the limited and confusing media coverage of the Holy Land. We use compelling films as an entry point for reflection and discussion. As Christians, we respond to Christ’s call to seek justice and love the oppressed. As Americans, we ask: Can we reconcile this calling with our government’s massive financial support of Israel’s military operations? We hope the time will come when Jews, Muslims and Christians will again come together in harmony in the Holy Land.

Why These Films?
As our country presents less than humane greetings for refugees at our border, we want to recommit ourselves to a more conscious, caring and Godly response—to recognize and serve our brothers and sisters who are, for a difficult time, homeless. In this series we explore what it is to be a refugee.