In January 2020 Saint Mark's Cathedral launched The Radix Project: Small Groups/Deep Roots. More than 150 people in 18 small groups met weekly for six weeks to share their stories, reflect on Holy Scripture and sacred art, and pray for one another with intention. The feedback was overwhelmingly positive, so a second series was planned for the Easter season, April–June 2020. This offering lent itself perfectly to the transition to an online-only offering when the pandemic happened. Please check out the pdf of the participant booklet for the second series to get a sense of what the meetings were like. Some of the Radix groups which were formed have chosen to continue to meet on an informal basis after the planned series concluded. Meetings of the third iteration of this popular offering, on the theme of "Surprise in Scripture and Spirituality," will begin the week of October 7.

The Role of Surprise in the Spiritual Journey 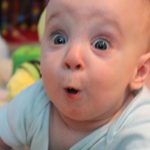 Dean Thomason will offer some theological reflections on the element of surprise in scripture and in our lives. We’ve had a lot of surprises this year, good and bad! How do we understand them in light of the spiritual journey?

Video of this presentation is now available:

We chose the name “Radix” for this small group ministry because it means “root,” and we are reclaiming our Christian roots by this practice. Jesus lived and taught in small groups, as did the early Church. To be “radical” doesn’t mean to be rebellious—rather it describes the freedom to stretch into the borderlands precisely because one is rooted in the deep soil of a defining narrative, which, for us, is the brilliant and liberating gospel of Christ. Through this defining narrative we are known and nourished in the church community, and connected through past, present and future to all who are so rooted. Radix groups reveal this connection in tangible and life-giving ways.

RESOURCES AND REFERENCES FOR FALL 2020

Week 1: Joseph reveals himself to his brothers

Week 2: Moses at the burning bush

“Everything is Holy Now” by Peter Mayer

Week 3: Elijah and the widow

“Trying to swim with God” by Warsan Shire

To launch the previous series of Radix Project meetings, Dean Thomason explored the context of various post-resurrection narratives in the Gospels and explored the value of small groups, then and now.

A video of the Dean's presentation at the opening plenary is available below.

Click here to download the participant packet for the previous series of Radix meetings in the spring of 2020, containing scripture selections, discussion questions, and accompanying visual art.