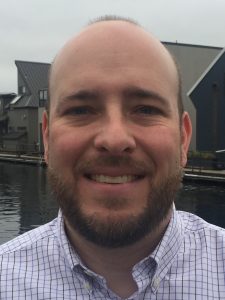 Erik began at Saint Mark’s in 2012 as Accounting Associate/Database Manager, and transitioned in 2014 to Executive Assistant to the Dean/Membership Support. A Seattle-area native, he has a B.A. in Political Science from Pacific Lutheran University. Erik was previously a manager in the banking industry. He and his wife Jenny joined Saint Mark’s and the Episcopal Church in 2009, and were married at the cathedral the same year.