Preaching in the West Coast Environs—Possibilities and Pitfalls

A WORKSHOP FOR PREACHERS

Presented by: The Rev. Dr. Ray Pickett (bio below)

John Steinbeck once said “If the story is not about the hearer, he will not listen” (East of Eden).
Preaching text and context at the same time is difficult. Yet that is our charge as we invite others into purposeful dialogue between scripture and culture. Dr. Pickett will address the contextual reality of preaching in our secularized region, drawing on his work as a New Testament theologian and his work in community organizing around matters of racial justice and social equity, grounded in principles of community formation found in scripture. This is a timely conversation for all preachers.

Workshop is free, but pre-registration is required.

Turning the Church Inside-Out: Liminal Spaces Where Jesus is Found

A WORKSHOP FOR CLERGY AND LAY LEADERS

Presented by: The Rev. Dr. Ray Pickett (bio below)

Ray Pickett has a proposition for the Church to consider: “These are challenging times that call [us] to mobilize the Church to be more engaged in [our] communities and in the struggle for justice.” What does it look like for congregations to work for God’s justice in the context of the communities in which we live, and move and have our being? Using a model for faith-based community organizing grounded in scripture, Dr. Pickett will invite participants to explore ways to discover Jesus in unlikely places, and have our hearts turned in life-giving and radical ways.

Workshop is free, but pre-registration is required.

About the workshop leader

Dr. Pickett is deeply committed to forming faithful leaders equipped to mobilize individuals and communities of faith to make a difference in the world by taking risks, collaborating with others, and acting on our faith to make a difference in our communities. He is energized by the challenge of preparing leaders for a diverse, highly secularized West Coast context for a changing Church and complex world and sees it as an opportunity to strengthen the public witness of the church by making theological education more contextual and incorporating practices and strategies for engaging the world.

Pickett is the author of The Cross in Corinth: The Social Significance of the Death of Jesus and is a contributor to the multi-volume Fortress series entitled A Peoples’ History of Christianity. He wrote the Book of Faith Bible Study on Acts and has written several essays on the Gospels for lectionary preaching resources. He contributed the essay on “Jesus and the Christian Gospels” for the Fortress Commentary on the Bible: The New Testament and edited and wrote the introduction to Paul and Economics: A Handbook. He is currently working on an economic commentary on the Gospels for a forthcoming three volume work on God, Mammon, and the Hope of the Poor: A Biblical Commentary by Fortress Press. 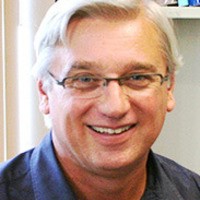